After weeks of liaison with the Gekiken team, we finally materialize a much awaited Gekiken event. Gekiken is actually a form of Japanese swordsplay like Kendo and fencing. We have improvised it into a game like your paint ball, except instead of using your AK-47, you are using swords. 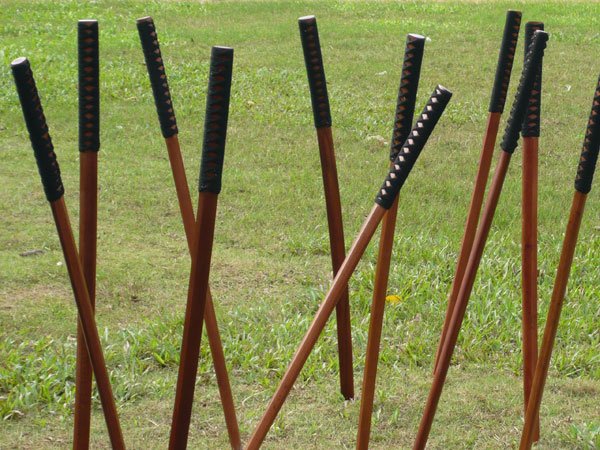 The wooden sticks that you see on the left are what we will use for the 1st "paper cutting" segment to train basic sword swinging technique. 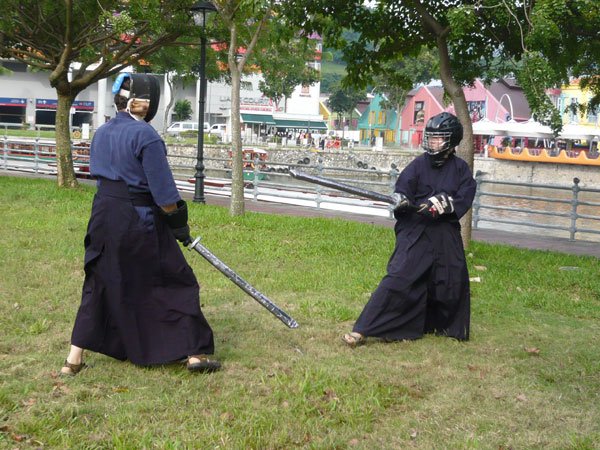 Look at the Gekiken facilitators dressed in their full Gekiken attire, doing a demo on free sparring. Looks fierce yah. The swords used for sparring are padded so that it will not be too painful when you are hit.

Time for the participants to try.Participants are split into pairs and watch them start training to cut the newspaper into perfect halves with one clean cut. 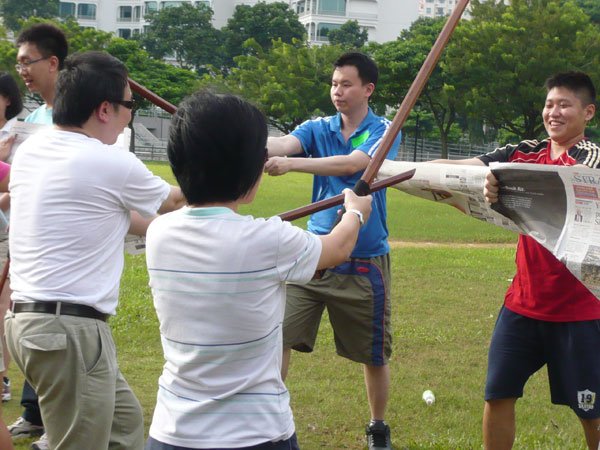 It is not easy with the wind blowing at times but some of them are really good at it!

After the 1st segment on paper cutting, and a break for drinks and refreshments, now is time for the final showdown. The participants are broken up into 2 teams- Ninja warriors and Alcoholics. Team A consists of bodyguards and princesses, and Team B are the assassins. During each round, there will be 2 bodyguards escorting a princess. The bodyguards will fend off the assassins while the princess tries to make a run for the home ground. Assassins will try to kidnap (but not kill) the princess by tapping on her. 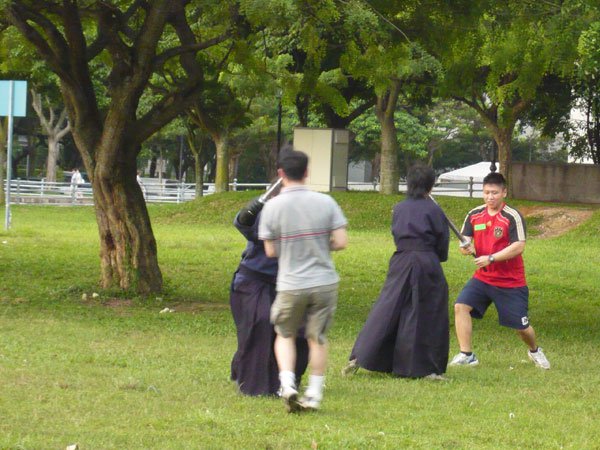 We have funny incidents where the ladies opted to be the bodyguards to escort the princess (who is a guy) and the assassins killed the princess, thinking the female bodyguards are the princesses. Sotong right?After a series of battles with roles being swopped, Ninja Warriors win with a score of 5-1. Good job!

After the game, some enthusiastic participants challenge the Gekiken master to a 1 on 1 duel. I am one of the enthusiasts. Boy it was so tiring even though it only lasted for 5min? The sword which is already made lighter than the normal weight, feels heavier and heavier so it gets increasingly difficult to swing with agile. I lost count of the number of times I am knocked on the head!

Weather has been kind to us. Just as we are packing up to go, it starts to rain. Thank goodness it did not start to rain earlier, otherwise it will spoil the fun for all of us. It is a good ending to a great event. We will probably hold this again with a different battle theme so check us out at our website yah.